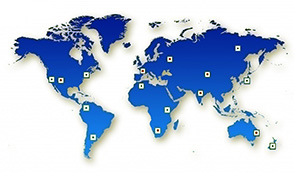 ExtraTorrent is currently the second largest public torrent site after the Pirate Bay. Though this year has already been hard for torrent engines, the operator of ExtraTorrent announced today that the control over three mirror domains has been lost. This is happening due to a complaint against these websites.

The Domain Registrar Received a Complaint

The torrent site of ExtraTorrent receives millions of visitors every day, so it doesn’t come as a surprise that whenever there is something bad going on, the loyal users get affected instantly. There have been several shut downs of large torrent sites this year and the particular torrent engine has become an important channel for everyday downloaders. However, the very same reason keeps copyright holders and therefore authorities to try their best in order to plug out ExtraTorrent.

Because of the complaints from copyright holders, the operator of ET has now said to have lost control over three mirror domains and these are unavailable. The problem arose with the Czech domain registrar which blocked access to the control panel where these domains were, bringing the domains itself offline at the very same time.

The Registrar Itself Denies Any Action on ExtraTorrent Domains

As a result, there is nothing to do for the operator of ExtraTorrent in order to bring the mirrors back. The funny part is that the registrar itself denies any action on behalf the blockage. However, the registrar claims to be working in regards the ICANN rules.

As far as the mirrors are not responding for now, the homepage of ExtraTorrent remains available, where anyone can have new information regarding what is going on with this issue.